Artswork approached CAS to act as service providers on supported the recruitment of new schools to the Artsmark programme. In a dual role of Project Leader and Workshop Artist, I recruited five artists and matched them with appropriate schools. After and initial brokered meeting each artist devised a 3-4 day workshop that supported each schools current objectives.

A key part of the Wider Reach programme was to ensure that teachers benefited as well as pupils. To ensure this, a CPD session was included in each artists project.

Over 4 days I worked with Clatford Cof E Junior School in Andover.

This school SIP had literacy requirements, and I  worked with 4 year groups making zines: (self published magazines). Years 5 and 6 spent 2 days, learning the techniques to create newspapers, comics, journals, picture books, and all variations in-between. 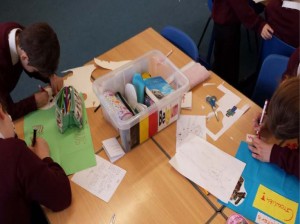 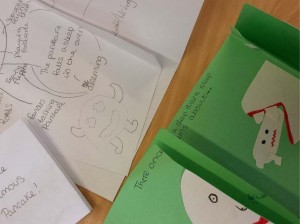 They worked initially on their own zine, then as groups on collaborative ones making newspapers and magazines In the second week the roles were shifted and the zine veterans of Years 5 and 6 became the teachers,  passing on their new skills to Years 3 and 4. The project finished with a large one-day exhibition in the school hall. 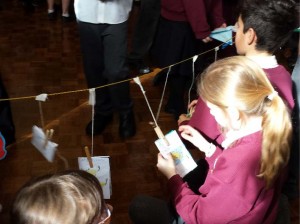 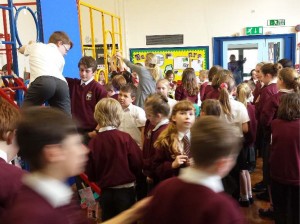 Here the pupils had a chance to share in everyones work. Almost 200 zines were on display, with the unexpected addition of the lowers years Holi zines. To find out that those younger classes had been proactive in talking to their friends and teachers, and later embedding zine practice in their lessons was a highlight of the project, demonstrating  some of the best disseminative qualities of zines. 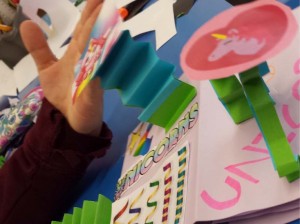