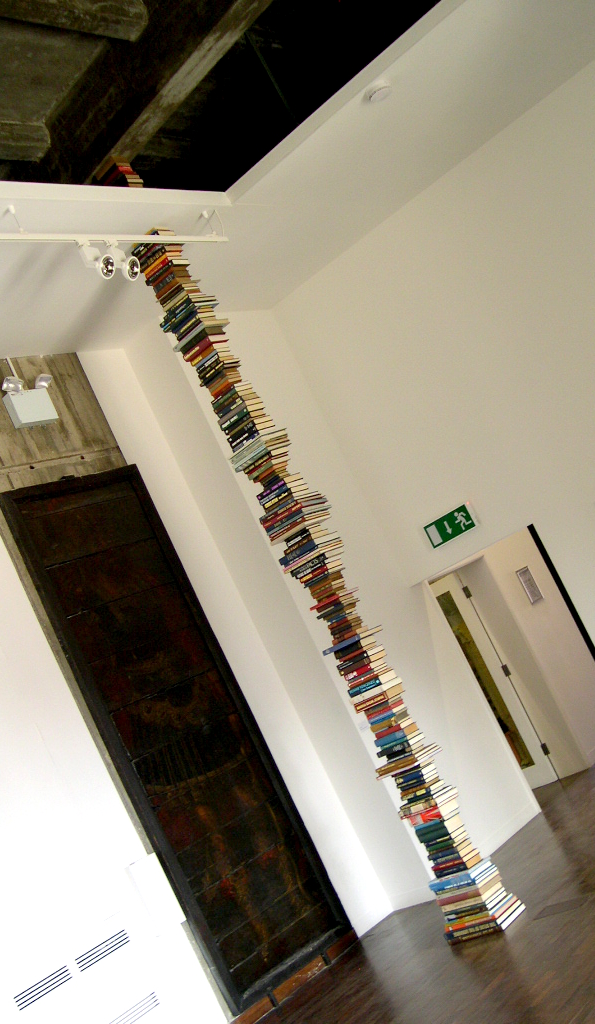 This was originally inspired by eastern hypostyle temple architecture. Before the introduction of the arch, rows of columns would support flat ceilings.

The 5 metre pillar of books was designed to appear structurally unsound, as though it may collapse. The linear arrangement of book titles, which although placed randomly, prompted viewers to find patterns, connections and narratives of their own devising.

Acting as a bridge between the floor and the vaulted gallery ceiling, the work referenced traditional ideas of the axis mundi, and perennial attempts to find purpose and sense in our position.