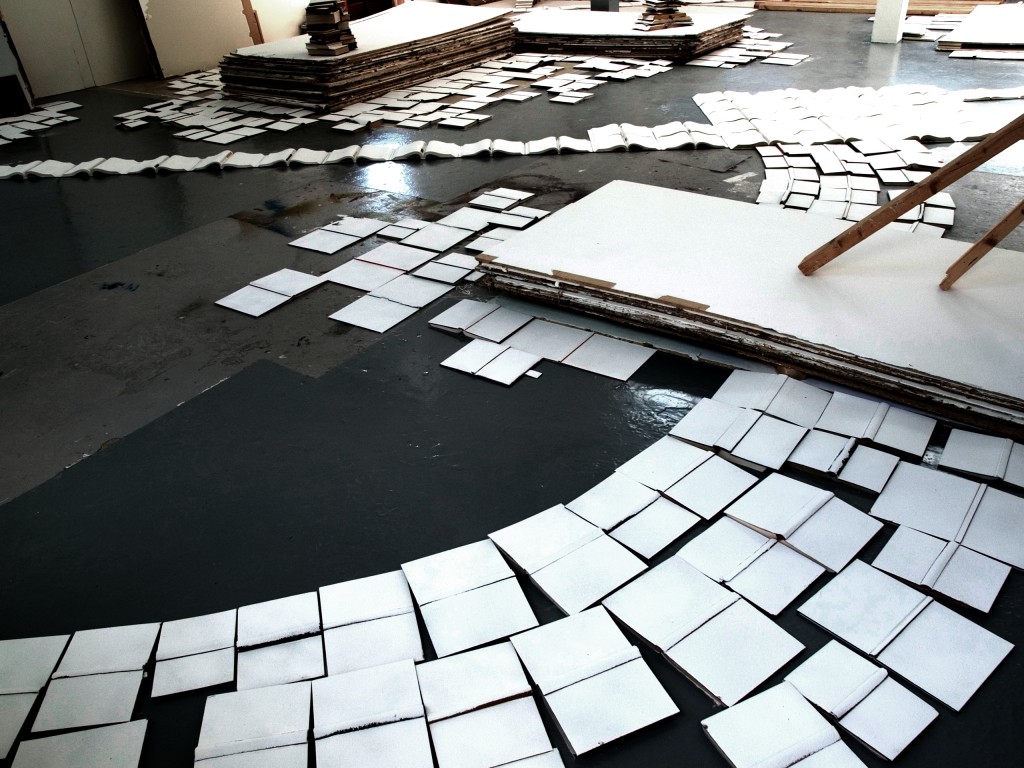 Un-Titled (2005) was a re-phrasing  of the exhibition space, and explored the architectural configuration, creating a work that involved the viewer, and invited an act of perception that was physical and participatory, as well as visual.

Inspired by Japanese Zen gardens, the set of elements in this work created a transitive state that utilised the rhythmic spatial flow between areas.

Accident and agency were left as ambiguous qualities in the work, leaving the viewer unsure as to the origination of the placed objects.