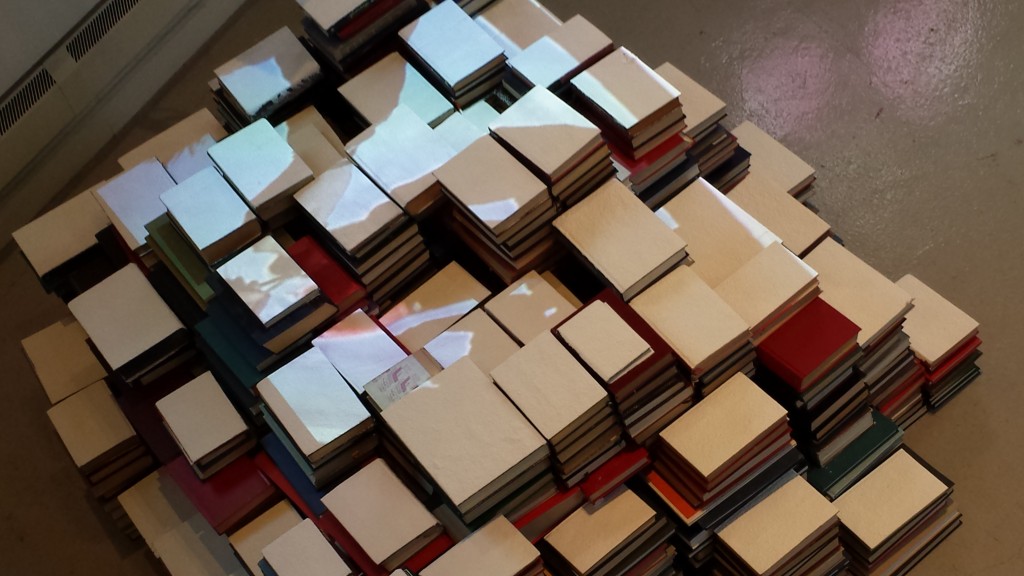 This work was a first prototype showing at Hampshire Open Studios 2013,  and responding to an earlier short-listed proposal for a 20-day residency at the Lighthouse in Brighton. The work was devised to include the time-span as a constituent element of the works construction. The proposal is reproduced below:

“Current research investigates the relationship between the external world and ourselves, and is concerned with the uncertainty of perception. This particular work will explore the fallibility of knowledge through the erroneous, but compelling, convention of a fluid and externally independent reality. It will be a self-generative work based upon a system of repeated filmings and projections that interact with the process of creating the image.

‘Sensitive Dependency Upon Initial Conditions’ is a scientific term used to describe the interdependent processes that give rise to non-linear patterns of behaviour. The slightest variation within a contained system will, invariably, lead to unpredictable results. This way of thinking challenges linear and fixed-point perspectives that are representative of traditional ‘common sense’ views of our world.

Using specially designed tools, I will create a table-top geometric image from coloured dust. This work will be unfixed, and will only exist for the duration of each ‘generation’ of the work. After this it will be destroyed and swept up.

I expect to find a gradual degradation of the projected image as the generations advance. As the piece develops, the early attempts will slowly fade through light pollution, reproduction and the super imposition of more recent data.

I also expect to find a degree of parallax error between the film and the projection. Centring the projected image each generation will, I hope, produce an increasing amount of image distortion. As the projected image is the one that I will be using as a guide, the work will effectively generate itself, as each stage moves further from the initial condition.”